Banh Mi Me Above The Rim

HHUMH Thee Tawny Owl caught me in an awkward position when he returned from his annual jaunt to the the highest point in California, Mt. Whitney, where a who’s who of high level raptors elevate, accelerate, bypass, and soar to no end.  I was so happy to see him that it would only occur to me later that he timed it that way, as he does, to make one of his points of erudition that consistently elude me.

“You can never get anywhere as a biped on your knees,” he hooted.

“Unlike yours, my eyes are actually good at seeing.”

I had been getting all wet and perhaps swiping at some extraneous goop under a redwood tree when he swooped, but all wet in a good way. There was still so much important shit to be learned by digging dirt from the ground up. My heart skipped some beats when I heard the atonal hoot that reminded me of Ornette Coleman in his L.A. heyday, and perhaps missed a few bits of useful timing in a cardiac specific sort of way, but recovered in time to thump like a stampeding spice worm on the planet  of Dune, Arrakis.

I said, “Your timing is unsurpassed as usual. I could sure use some guidance right about now.”

“Always keep your neck on a swivel while swooping.”

“Then how can expect to reach high enough to receive guidance?”

I wasn’t going to fall for that either. That had to be a trick question. The tawny owl knows that expectations are nothing more than instruments of enslavement, torture, paralysis, and murder. 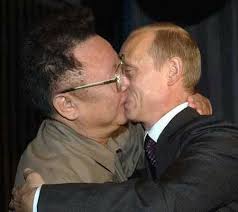 I attend classes many foggy mornings in simple elevation and awareness at the Thee Tawny Owl Institute of High Flying and Rising Consciousness under a redwood tree in the Santa Cruz Mountains, where the tawny owl uplifts the humdrum erudition in my neighborhood to celestial heights, and where I am able to look up to the beautiful birds flying to higher levels of consciousness, because simple suits me.  But when he appears on a low perch in the redwood tree near my back door and hoots in a bass tone with the timing of Charles Mingus I know that one of two necessary and sufficient conditions must be drawing him so near.

I looked up with a great joy bouncing slap-happily in my heart. The filthy lucre I received from my rote work in politics writing speeches for Lt Guv Gavin Newsom to assure passage of AUMA, the Adult Use of Marijuana Act, while rewarding within the strictures of its bracketed zero-sum based shenanigans, did not stir the inner juices to near the same froth as the sublime path blazed by the tawny owl. The flawless fig-8’s of the tawny owl are legendary throughout the multiverse wherever there was, is, and will be, as there is, no beginning and no end. He knows how to not only seamlessly receive the good news but pass it on. Fifty million years of experience back his watch. Along with acute beak and claws. How doomed would experience in the vast multiverse feel without such an inspirational dynamo to glorify, emulate, and praise?

One of the necessary conditions sufficient to bring the tawny owl bopping by the back door was the music streaming from the African diaspora out of my open windows. I knew he was a big fan of Trombone Shorty, for example, who was actively on the upside doing some heavy thumping. As was the lovely wife of the tawny owl, Thee Mrs, perched on a higher limb out of sight, who was able to replicate every sound in the history of rhythm and blues since Clyde MacPhatter. And I would never let it be said that I might be above using some electricity to attract his magnificence to my side. Because I could justify whatever outrage to do that if it worked. That’s one task I perform glibly for Lt Guv Gav Newsom, no problemo. Does that make me a lowly politician? I’d better think not or become bereft and fresh out of banh mi with few prospects. The tawny owl was way ahead of me though. From the lofty point of view he enjoyed he could see there was little I was above.

I said, “You took the words right out of my mouth.”

He said, “But that’s not the reason why I stooped so low to be here.”

That left me simultaneously shaken and stirred, but in a good way. I deftly figured the leftover odds. The last chance popped up logically, totally. Oh boy, I thought, here it comes now. A mission. 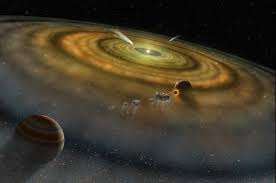 I tried to keep mostly quiet after that in reverent pause while the tawny owl shook his tail feathers because I did not want to expose any premature conclusions too soon. Once he spreads his wings and struts to a New Orleans drum and bass the best I can do is hold on hard. Plus, the tawny owl is not big on small talk. The lovely Thee Mrs flew off once she absorbed the essential resonance of the funk because she did not like to hang around me for very long. I could pretend to understand her concern with unknown pathogens but what about me and mine? Though I was not going to let that stop me.

“My boots,” I ventured, “are already stuck hard in mud. And I’m raring to go climbing into dirty trenches.”

The tawny owl did not deign to respond, but I was unable to ebb my rampaging flow of enthusiasm and continued, “You know I’m your man.”

What else could be slightly off but timing? Unlike me, the tawny owl was rarely premature. He was bound by no pants that needed to be fit. His balance on multiple planes was right up there with his exalted deep breathing. After streaking across the valley in one starry night he was primed to chill in the Santa Cruz Mountains. He had some requests for me before we proceeded down the road to plot skulduggery, John Lee Hooker, Charlie Haden, Chief Ebeneezer Obey.

I said, “You blow me away me with your deep breathing.”

None of the high modicum of deductive reasoning I embraced ever gave me a clue where my next vital mission was about to carry me in my supporting role as a dedicated Benedict Arnold to my species in the just war against human enablers of venal cats who murder beautiful birds. Ultimate victory in the just war was all that mattered. Enabling needed to be wiped out once and for all. Deep down, who doesn’t accept the imperative of that categorically? I learned what I knew on a strict need to know basis from the tawny owl and it worked out close enough. That latest unjust incarceration I endured in the Santa Cruz County Jail was an obvious crime of conspiracy against me by The Man. As if any goose-stepping schlockmeister like The Man was ever going to be a match for all of the beautiful birds who fly high.

With his impeccable timing, the tawny owl was only ready when he was ready. We listened to one last tune in which the spirits of juju hovered above the surface of a Nigerian swamp. I wasn’t sure if I felt the earth move, but maybe. Then he said,  “But first things first.”

I slapped my head as a token of self-flagellation, and muttered, “How could I forget.”

I said, “Lucky you came back to remind me.”

I’d been down so long it looked like up to me. If I’d ever been more ready, I’d need to know when. But first, I had to get up off of these knees.