Banh Mi Me Up To Speed

Don’t tell me speed kills. It’s gravity that’s doing all the killing, not speed. Look down and examine the dirt that formerly breathed. That should teach you. If not for speed, who’d get anywhere fast? Not me, that’s who, not while mired in gravity behind some dipshit sloth in the slow lane blowing smoke that causes sticky carbon footprints filled with noxious gas and gunk to spread out and stay uncomfortably close to home and steal my good job. I had my orders beside me for marching and charging that had to come first, or else. I could be trying my best on that job and no one would ever know if I never showed up. Then who else would get to rake in the filthy lucre? Then the future of freedom to smoke weed and ingest edibles in California would continue to be subjected to subterfuge and thuggery by scoundrels and scum.

It had become my mission not only a job to write the speeches that would fight the power and win. I wasn’t going to start to become a shirker as long as I continued to get paid.  As soon I was able to get going, I was going fast. The seat under me was warm and amply padded and I had a basic black box stuffed with pork banh mi.

Before heading down and out there, roughly to the east and partially beyond, I dropped off life-affirming evidence of my soon to be whereabouts at the temporary headquarters of the campaign to enact AUMA, the Adult Use of Marijuana Act, located behind a warehouse filled with highly flammable carpeting and throw rugs on Freedom Blvd. in Freedom, California, like duh. Where else was evidence going to be better kept for safe keeping than the office of a political campaign?

“Keep it safe until I come back.”

“And where are you going?”

“In case anyone wants to know.”

“As far out there as my mission sends me.”

Standard evidence included a spiffy decoder ring with approximate satellite positioning and a key with an embedded chip that chirped when the cheap batteries drooped low. Better backup batteries had not been included in the lethal packaging that cut me deeply and I had been warned by my professional handler in the campaign hierarchy to stay on a budget stressing shoddy and cheap, not exorbitant visits to the emergency room. Yet, I wanted the teen twins to be able to locate me in the event of my tragic loss. This was not just another hot Summer day in February. This was close to being hotter than ever. If I didn’t do, or die, or fake it, I’d make it. It had to be no other way.

I sped through Watsonville known for strawberries, Gilroy known for garlic, Spreckels known for sugar, Delano known for grapes, Wasco known for carrots, Soledad known for prison, Tulare known for dust, and Pumpkin Center known for oil pumps, monotony, and sketchy hookers used after the use by date. The undying sun was shining like some surly pop star with overly oiled  glands. And the crops were as high as a termite’s eye. What an impostor this teeny weeny el nino dude turned out to be. He probably needed a new green card for toddlers to be able to keep working hard and make his mark. I felt the wrinkles on my neck turning burnt sienna after tumbling too long in a gaseous dryer.

Arriving hours later, but not too late for some heated man-on-man action, I flashed my credentials at a Kern County Deputy Sheriff who was organizing hangers-on into a single amoebic mass. I was simultaneously wearing my fairly cool shades on the top of my head. I looked away and pretended to study asymmetrical patterns in the cloudless sky. Seriously. And it worked. Surprised the shit out of me, too, for one. The deputy waved me though with a windmill windup a la Tim Lincecum and only paused to re-position his balls for the next sweaty encounter. 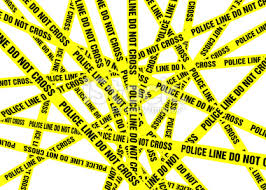 I found a neutral spot to park nowhere near a shady tree due to deductive reasoning. The dust that had trailed me from Tulare seemed to be settling in for a long reign of inquisition. I was breathing not only poisonous pesticides along with the toxic dust but the powdery residue of cow shit, sheep shit, pig shit, horse shit, and bovine excrement in convenient cartoon form.

I heard, “Move along, nothing to see here.”

“What’s causing that ruckus up ahead?”

I recognized the familiar head from a set of blocks in kindergarten. Sure, the blocks had splinters back in the day, but did that mean he had to be wrong in every possible unprovoked situation that had ever been recorded since he fixed that fucking snoop of a camera, but good? Or had I become duped? Could there be serious issues of ethics entangled here before the cover-up? Then, I thought, nah.

When a new and improved layer of dust ultimately settled, I was able to locate the cause of the upheaval. A contingent of the sick and the bereft were rattling heavy snow chains of bondage purchased collectively at Costco, espousing their metaphysical right to medicinal marijuana en masse. I could hear a vast genderless wheezing that became quasi-symphonic in tone. A slipshod circle of raging grannies in wheel chairs were sharing a glass bong loaded with buds of purple kush while running interference for a cadre of codgers wielding snappy canes like cudgels. All were opposed to cruel and unusual punishment, as was Lt Guv Gav Newsom, Mohandas K. Gandhi, and me too. The skin of one granny was so white it appeared to grow cotton. A deaf codger blew a nose that sounded like a phone. Other unruly codgers began to converge on a Quonset hut where their living and breathing edibles had been taken hostage by armed henchman of state robotic power. Not just standard brownies and cookies, either, but tangy corn bread stuffed with chopped jalapenos, and nutty organic granola. What low down scum sucking pork fucker confiscates granola? Slivered almonds mixed seamlessly with pecans and honey to join indivisibly as one. How else was an enterprising codger supposed to keep it up all day? One codger had no teeth worth spit for chewing. He obviously had nothing else to live for. One granny played a ukulele. Many missed uteri. Most wore diapers. United, their strength was unparalleled in current events.

It would take an onslaught of balls the size of boulders to block a force for all that is high and lofty like that once the network cameras I tipped off arrived. Happily, no such big balls appeared on the scene. Instead, staunch reporters arrived in fully equipped minivans from Bakersfield, Visalia, and Fresno to obscure details and pose in profile for a better slot in a bigger media market. Tumbleweed provided a poignant backdrop stressing the aridity caused by the oppression of Hussein Obama. I supplied many of the reporters with pre-proofed and printed copy on the sly. They were grateful because writing shit was so darn hard while applying make-up that stuck in a hell hole.

“Be sure to shoot my good side.”

“You can scratch my itch next time.”

I shook off a bunch of surplus dust and summed up the vital issues of the day in a comprehensive on-camera interview with a crackerjack commentator who hiked up her skirt to display the authenticity Hollywood admired.

“On behalf of Lt Guv Gavin Newsom, who will certainly agree once he gets briefed on details from the bottom of his sharp sideburns to his conflicted heart, a vital area nearly including the hips at the center of gravity that provide the basis for much if not all additional exploration in space according to Albert Einstein, a brand which has withstood the test of time alongside, sort of, that very space, the greatest advances in exponentially higher learning occur invariably with eyes closed. Once you are able to follow the bouncing balls in darkness, it then becomes clear how momentous this occasion will appear as the surge of freedom to smoke weed and ingest edibles gains the momentum required to roll down that fucking hill of gravity, coming right at you.”

“What more do you need?”