Posted on February 9, 2016 by marclevytoo

The night before the big day I felt secure. I had located on my locally informative global Internet a small Vietnamese restaurant in Sacramento where I could attain a satisfying pork banh mi not far from the office of Lt Guv Gav Newsom. Any banh mi is better than no banh mi. No single banh mi can be the best of all times in the best of all possible worlds at all times. I reserve judgment on double sized combos. Change is difficult. Secure is good enough. That’s the give and take of politics for ya. There was a lot I had to learn in my new job working in politics and I was going to need more than one day to achieve results. That meant many more banh mi for me. I felt lucky that I would be concentrating my efforts on only one major political issue for the duration. One political issue was plenty enough of a diversion for me to withstand while awaiting my next banh mi. Eleven months was a long time for any man to keep his strength up. 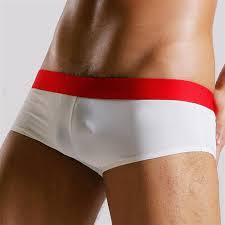 It was still dark when I was abruptly shaken awake the morning of that big day. My first knee-jerk reaction to being all shook up like that was 5.4 on the Richter Scale, no biggie. The San Andreas Fault was here to stay. Hard woods continued to get pecked by sharp peckers. I’ve been there, done that. I could make it if I tried. Until the creepy hand began to crawl on my naked skin.

The yin twin said, “I’m going to turn on the light now.” Which she did. The warning was insufficient. I felt immediately as if I deserved better.

I whined, “That hurts deep within my soul.”

The yin twin said, “Somebody has to be responsible around here.”

When the facts came out, as they will, I was in fact late. And I stayed late. In order to reduce the global carbon footprint in my new job as speechwriter for Lt Guv Gav Newsom, not in his humdrum role as Lt Guv of California, but in his opportunistic new role as proponent of the Adult Use of Marijuana Act, AUMA, a long overdue ballot initiative to legalize weed throughout the state of California until the sun don’t shine, which he expected would propel him into the Governorship in November 2018, I was hard scheduled to be traveling on the Highway 17 Express over the Santa Cruz Mountains at 5:40 AM, in order to be able to arrive at the Diridion Railroad Station in San Jose at 6:32 AM, where I was expected to depart for Sacramento at 6:40 AM on a speedy Amtrak train, arriving in the state capitol only a few unavoidable minutes tardy at 9:05 AM. 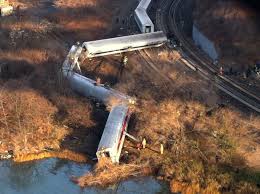 But, it was not going to happen exactly like that. No one in the know ever got out of here alive clinging to rigid expectations. I figured, no biggie.

After I had printed out a map and carefully highlighted the best route to the Vietnamese restaurant in Sacramento, and before I appeared to leave home on my solid and reliable mountain bike for the ride in darkness to the bus station in Santa Cruz, although I was as another matter of fact only going to ride as far as the next bend in the road where my car was parked, the yin twin handed me a brand new Star Wars lunch box.

She said, “Bring me home a roast pork banh mi, no mayo.”

“Never the scourge of mayo in this house.”

The yang twin said, “Make mine a combo, roast pork and steam pork.” 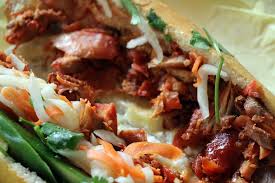 “Extra jalapenos on the side.”

“And lots of pickled daikon and carrots.”

But, what about me, I thought? There’s no room in this small lunchbox for another overstuffed banh mi for me. I struggled with the hurt I felt. After all I’d pretended to be to them as a father? Then the yang twin said, “Go now and make us proud.”

Did I hear correctly? The yang twin? No barbs, no sarcasm, no corrosive attitude? I thought, whoa fucking whoa. Maybe, this job is going to boost my esteem. That made me feel a lot better. Writing important speeches to ensure the basic freedom to smoke weed and ingest edibles appeared to possess the potential to be life altering.

So I did. Go, that is. Sort of. Even if in fact the teen twins were only trying to get rid of me again so they could cut school. Facts may in some cases be overrated. The adjustments required by a change in material circumstances are never easy to make for an individual pretending to be aspiring to be free.  Second mistakes may need to be repeated.

I arrived in Sacramento at 12:18 PM. The arid air was dense. Signage in the Amtrak station was poor. My sense of direction in the valley was off. The sun was bright enough to be everywhere and offered no clue. Lucky for me I had lots of experience at getting lost and becoming found. I arrived at the office of Lt Guv Gav Newsom no more than forty minutes later by my reckoning, after I had checked my map to make sure the Vietnamese restaurant was still highlighted in a distinctive yellow that did not fade away.

A semi-chic woman at a reception desk made of faux stone looked at me oddly when I asked to formally see Mr. Gavin Newsom. I wasn’t the one modeling all that itchy gray wool color coordinated with the faux. How odd could it be?

“Mr. Newsom is not in the office at the present.”

“Don’t tell me I just missed him. I have a very good excuse.”

“This is the working office of the Lt Guv of California in the State Capitol building. He hasn’t been in this office for some period of time.”

“There are many disparate definitions for the word, period.”

“I promise to grovel and obey.”

“Are you playing with me because it’s my first day on the job? You can tell me. It’s all in good fun. Or could be. He told me I should call him Loot.”

“He says that to everybody.”

“What does getting his hair done include?”

The first days on any job in the vicious political arena may be taxing to body and soul. Who can know so soon where the cadavers might be stacked? And I had little experience with sneaky infighting from gangs of sniveling connivers who lust for iron-fisted power and jack-booted control. But I vowed to make my setback temporary. In a multiverse with no beginning and end, like the one in which we float as cosmic dust, all that exists is all here and now. I had my map. It was no problem to turn around. Most importantly, I was able to maneuver a third banh mi into position. That lunchbox was a lot bigger than it looked.