Recently uncovered evidence has confirmed that no good idea can’t be made better after a session of deep breathing that includes vigorous hip shaking. Blow slow. Take inventory of parts. Expand rigid frame. So what if it hurts. Good deeds, too.

From nearby, I heard, faintly, “What did you say?”

And nominal balancing acts that claim to rise above the ground floor, like duh, have got to go higher.

The yin twin said, “You’re muttering to yourself again.”

I said, “I was trying to catch up to my breath.”

“It’s coming from deeper down than that.”

Balancing unnaturally on only two feet proves all invalid points of logic in a closed system that’s rigged with booby traps. Roll over and stop playing dead, douche, with your iffy symptoms. Rotating forcibly in alignment with an evolving figure-eight, the most basic building block of the multiverse, is the only known means to wriggle free of contradictions, the second most basic building block of the multiverse, though not often.

Somewhat louder, I exclaimed, as well as exhorted, “As if.”

“Do you think so much talking to yourself is a sign you’re going crazy?”

“You said I was muttering. Muttering is not talking.  I may only be practicing precision in another language. Every dramatic play needs a tryout on the road first. Comedies, too. Plus, I’m striving to become a better listener.”

“And I’m becoming mindful to save my throat. So many outspoken words take their toll.”

“What’s wrong with your throat?”

“It would only start being crazy to stop breathing.”

Which I decidedly did not do. Deeper breathing, like all expulsive sources of heat, not light, starts low in the gut, where chaos bubbles, stirs, and rises. If it’s not rising, how can it be hot? See the Diagnostic and Statistical Manual of Mental Disorders, 4th Edition, Text Revisions, (DSM-IV-TR), for all you really need to know about inflatable numbers that require constant tending. Comedies on You Tube, too.

Anyway, what’s so crazy about staying ahead of all the games operating in a new language with new rules? Do you know what it’s like to fall fatally behind the curve? Next stop you’re tossed under the wheels of a driverless electric bus. If artificial intelligence scares the shit out of Elon Musk, and Stephen Hawking as well, then I’m all in on the side of being shitless, too. What happens when your rudderless roomba sucks you into its vacuum? Who’s crazy, now? 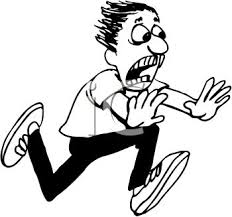 I’m materially and emotionally invested as a stakeholder, after all, sort of, as I suspect we all will be soon, unless it’s the reverse, to observe the inevitable jockeying that will occur behind closed doors when the choices are made to blast the first million pilgrims to Mars. What thrusts and what propulsions? How many slots will be reserved for high achievers in the areas of size, sex, scent, sight, insight, servitude, sucking hard? That’s after money, of course, dollars, yen, yuan, rupees, pesos, no flimsy rubles, in denominations of no less than billions, like duh. How many lawsuits will be filed prior to liftoff? Which fiscal policy gets fixed in what oily pipeline like a slick bitch in heat? Will we witness the advent of a token dolt? Will Elon Musk have veto power?  Who else, douche Putin?

Where else  can exponential growth like that lead except higher? No alternative horizon appears anywhere close to attaining such illumination in artificial light. Too much information never did any body any good. Screw Occam and his straight razor that cuts through meat and gristle to the bone. According to all known demographics, if you don’t want to know more, you’re right.

The yin twin stated, “You’re still breathing even when you look like you’re not.”

How lucky must one stiff get to remain alive, even breathing in a typically shallow manner, during an epoch of such vast progress in so many bumpy, uncharted domains within the the global network of rising psycho-pathologies? What a great comfort it is, like duh, to be secure in the knowledge that the multitudes of proliferating disorders categorized in the most recent text revisions of the irreplaceable DSM-IV-TR adjust constantly upward, and are able to work hand in hand so instructively with swarms of collegial pharmacologists on the go-go. How else are you going to elude responsibility for your actions? Perhaps it may be mathematically possible at the end of the standard arduous day for the tiny known universe to contain self-perpetuating intervention at rising fees with no end.  I know I, for one, intend to  stay eternally grateful enough to keep going. Unless that tidbit of inspiration requires what the pros refer to as practice, practice, practice.

The yin twin said, “I think I just take breathing for granted.”

“I think you might just be lucky that way.”