It wasn’t even that hot.  I don’t know why.  Flies were abuzz with lust over a big bowl of unprotected potato salad.  It contained dark seeds of German mustard. Green hummingbirds were sipping from orange flowers in the foreshadowing that may have passed for red, if not coral, and shimmering.  I have heard reliable stories of primary colors that escape en masse into a collaterally garbled phase. More than once, I’ve heard. Unless that was quashed. Perhaps German was spoken alongside as well. Clarity can be irrational like that, for sure. Unless that was shimmying, and Dutch. And outrage. One hummingbird rose up like a titan missile and looked me in the eye through my blurry window.  We had need in common, in my case many more than one. 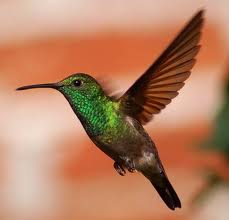 The tawny owl asked me later, “Why panic when you get out of control?’

Understandably concerned, I asked, “Am I?”

The tawny owl had himself a good laugh in his  ass over that.  I”m sure I don’t know why. I clarified my confusion with, “Out of control, I mean.”

I said, “I try my best to maintain control at all times.”

He said, “I fly my highest with no control.”

“For the most part, I think I do a pretty good job of it.”

That caused more ass laughing that was loud before it became sputtering.  I did not bite at the bait.

“If I could laugh my ass off like you, don’t you think I would be doing it?”

“There’s no quit in a tight spin.”

“It’s not pretty in the end for me when I spin.”

“Ass is easy.  You got one.  Similar principles apply.

“I’m sure you’d be the first in line to laugh when I fall.”

“My ass off, hell yeah.  But you know no lines for me, not ever. What else we talking about besides mixed dust up ?”

“Do you mean what’s left from the big bang?”

“Then I don’t know what else.”

“How you humans managed to survive this long without balance is a mystery to the rest of us.”

“I suppose that accusation includes me”

Later that afternoon I returned to the Santa Cruz County Jail to take care of old business. This time I had no cause to be afraid.  Rationality in this setting was a choice no different than many others.  I had chosen to receive in person the refund of the exorbitant bail money extorted from my person that had occurred along with injuries to my nose not once but twice when arrested in my role as traitor to my species in the war against sneaky human enablers of venal cats who murder beautiful birds.

A jailer who did not want to be sitting where he was, and as he was, looked at me through formidable bars. The bars came wholesale from a non-union foundry in Petaluma, the acclaimed chicken capitol of Northern California, though not the world as proclaimed by some carnivorous boosters, and were cut to order.  Precision torches were reportedly used with cunning and accuracy.  The same bars held up the walls in the cells. Without torches, who knows where the cuts might lead, or stray?  The chicken famously came pre-packaged in tasty parts with little visible blood. Make that two jailers, one of each.

After receiving the official stamp of freedom from Santa Cruz County, a transparent equal opportunity persecutor, and $744 of my previously obtained lucre, I celebrated my innocence by departing from the crumbly edge of Western Civilization in a self-propelled boat with two paddles and a spare wheel. I also carried several celebratory bottles of the brown the beer that I brew in the nook between my washer and dryer.  It was my intention to continue my search for the humpback whale who appears to be light taupe, unless what he is more accurately on the eternal color wheel is light ecru.  I was not forgetting that I still owed him a sincere apology for past regrettable behaviors.

I had a new weapon this time with which I hoped to flush him out, Jimi Hendrix. For some reason of which I am unaware, the humpback whale who appears to be light taupe had been avoiding me.  Clearly, extra measures were required. I started out by blasting electronic reverb from two barrels at once.  The distortion was set on ultra-sonic, or close, and deep. Just as high flying birds respond to rhythm and blues like pigs in slop, deep diving humpbacks dig hard rocking the most.  Once the humpback whale who appears to be light taupe had caught the flames of Jimi burning live at Monterey Pop back in the day, he was hooked big time.  Color in the mix no longer mattered nearly so much. 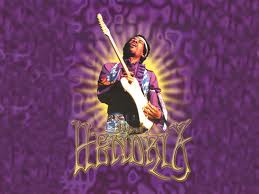 Freedom, so I can live

Freedom, so I can give

Freedom, that’s what I need

Soon, the brown beer was no more.  In an ancillary move as I waited, I began to pull several chunky Dungeness crabs out of Monterey Bay, with considerable gratifying success and accompanying feelings of self worth.  I had come armed with traps for this very purpose so I was not totally surprised by my success. My arms were hurting from the hard work, but so what. My back, too. Meanwhile, the rest of me was sort of the same old mess, hanging in.  But that was simply as it is, no more.  A simple man’s still got to eat, right? And not only a man, no matter how simple.  That is an essential component of multi-tasking. I watched as a phalanx of brown pelicans approached from the north, aiming directly overhead. Another was a hundred yards behind.  And yes, then another. Twelve to twenty pelicans per bunch, a scintillating glide. There’s a reason why the hungry birds wearing the big boy pants go far.

It was good for me that the pelicans were in the mood for small fish to eat, not crabs, or I could have been in trouble, a mere interloper suffering under righteous attack.  About a billion expert anchovies had formed into a tightly packed ball that was better designed than the best app from any khaki clad geek in Silicon Valley.  The pelicans dove for dinner with a precision all their own.  When Jimi asked, “Are you experienced?” they had the right answer. Havoc, reasonably, ensued. It smelled like an exorbitant all-inclusive buffet.

I remained that way on the prowl until the fog took over. I was soon unable to see and I started to shiver. Once the shivering begins, the control goes. Rationally, I turned back. For that I did not need to see clearly.

I still don’t know why my plan did not work, though.  Even if it was becoming a habit. And especially when combined with the intoxicating aroma of dead and dying fish. Isn’t the cold supposed to be invigorating? Perhaps it was the timing.  Timing is rarely simple in a fog. Or precise.  A simple man could be seeing double visions and never know it.  It could be any sort of fog, inside or out. Plus, acuity fades in murk. Forget control, such as it ever was. Or never was. It remains hard when you can’t see your own illusions. The humpback whale was probably only busy elsewhere, I decided. Or maybe he was astral traveling, as is his wont, in the nether areas between Galaxy NGC3314a and NGC3314b.  Or avoiding traps of unwelcome interlopers, not only mine. Traps that spring, traps that snap, traps that smother, traps that that have been and will be.

If not that, I have to admit, I don’t know what. Or what else.  Perhaps I need to utilize a few more smug illusions as bait.