I had never seen the tawny owl at such a distance, nor through such a maze of diaphanous air.  A funky breeze was blowing croupy toots from below the level of dirt and the ramifications of the cosmic dust in the Santa Cruz Mountains were swirling.  On the surface, I was suddenly famished, dizzy, and dry.  The tawny owl was twisting, and shouting from high above and zipping about like an unhinged adolescent.  He flat out did the ancient pony and the mashed potatoes.  He did one skanky version of the shimmy and another of the hullabaloo.  A network of subliminal circuitry began pinging from the sturdier branches.  His claws were poised like sentries and his beak glistened like coal.  His eyes revolved like celestial orbs and his wings began to articulate landmarks in geometry, astronomy, arithmetic, music.  The sky was humming feverishly along as as his neck whirled.  I was pretty sure I could hear Miles Davis, Charles Mingus, and John Coltrane.  I saw at least two distant galaxies that I never knew existed, ever.  I know I could hear Jimi Hendrix, Sun Ra, Sly Stone, and Fela Kuti.  I didn’t know what else to think.  I thought, whoa, fucking whoa.  I thought, this has got to take me higher. 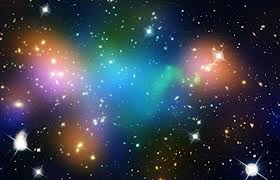 When the tawny owl started to speak I did my best to follow.  Usually when he started one of his ‘your kind’ routines, I would flip my switch and tune him out.  Who wants to plunge head first into a cesspool that smells so familiar?  But, this time, something was different.  I believed I was going to learn the reason why.  I knew I just did not know.  I thought I knew that some things don’t ever seem to change.  Unless, that’s all wrong. 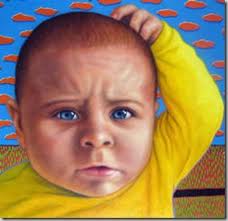 “Your kind,” he intoned, “is just beginning to come out of your Dark Ages.  It’s taken y’all thousands of years.  All the animals have been through it but no species has ever stretched it out so long and in a manner so excruciatingly hard.  There are forty three species on land, and a lot more in the sea, with a brain that works just well enough in certain segmented areas to make them believe they are the smartest creatures on the planet.  All have their so-called good reasons.  They are all wrong.”

My heart began to pitter-patter like a sullen teenager jerking off into a public toilet.  I was having measurably lukewarm flashes, medium and regular, then large and super sized.  I was worried that my head was becoming an unidentified combat zone. 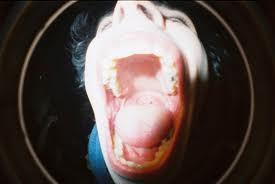 “Looks to me like y’all still have a few thousand years to go before your idea of civilization does not include reckless waste, barbarism, slavery, and religious wars.  The only other animal that has wars like y’all is an ant.  Do you know how the big the brain of an ant is?”

After that cutting remark, I felt a sharp pain crawling inside of my ass.  It turned radically to the left, as a diversionary tactic perhaps, and reflectively right, at a skewed angle that was hard to follow, and in directions that I could not define.  My hips were locked up, then down, so I couldn’t move.  I looked like a sitting guinea pig on a stool, a target with a prefab hole drilled into the center.

I said, “I’m not sure I can handle where this conversation seems to be going.”

“I thought we were going to talk about the white cat and the pinkish yuppie dweebs next door that destroy families and murder beautiful birds.”

I started to think of heart attacks, internal bleeding, insidious infections that defy all remedies.  I had never felt close to any of those ailments before.  I was more familiar with rashes, fevers, aches, spasms.  I thought, too much too fast is too far.  What if I can’t find my way back?  What if I implode?

The tawny owl added, “Don’t even think about it.”

I said, “I don’t suppose it will do me any good to mention that it freaks me out every time you know and tell me what I’m thinking.”

I would like to be able to say that I can explain what went down soon thereafter but I was forced to perambulate on wobbly training wheels that were poorly attached.  I understand there is an elevated process at work filled with lots of detailed mumbo jumbo.  It was, is, and will be.  None and all of it is hocus pocus.  This process rattles me in core areas that do not appreciate being disturbed.  One area, obviously, is my ass.  Another is my head, which appears to be jumbled. Furthermore,  the process takes up lots of time and space, with no beginning or end, along with a great deal of interstellar activity that seems to occur willy nilly.

All I can say for sure is I was looking high up into a haze and missed a lot.  One odd happenstance appeared to be much like the next.  When the haze began to spread horizontally I became gone, gone, gone.  It seems as if it might be true that at least some things never change.  Unless, that’s still all wrong.